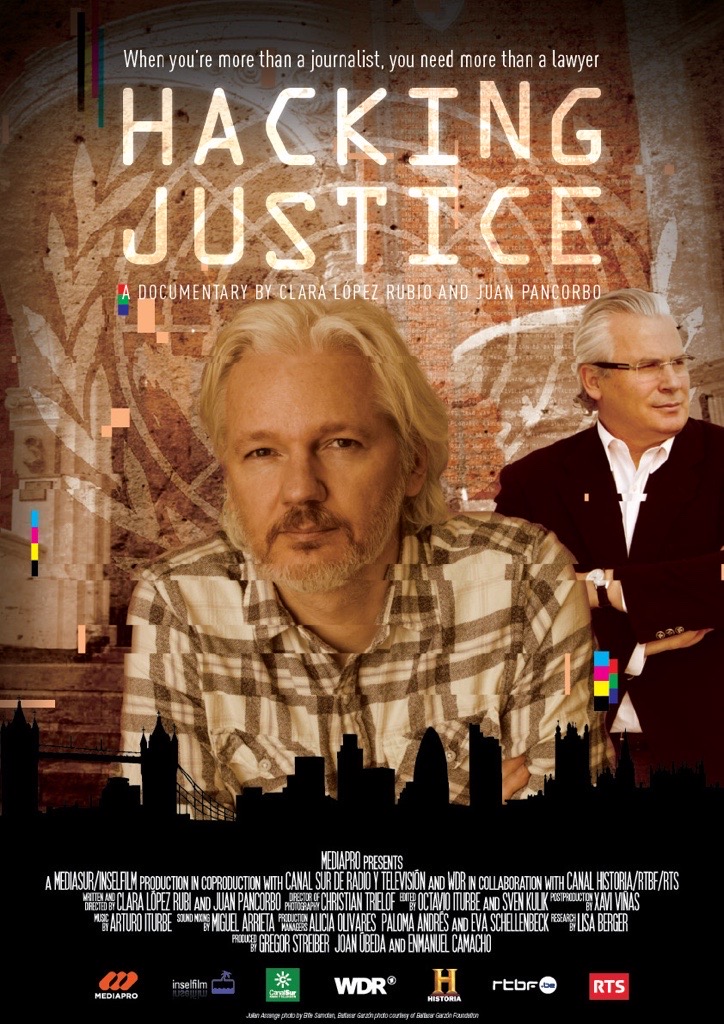 The future of Julian Assange – and of investigative journalism – is now being decided in the British Courts. If the WikiLeaks founder is extradited to the United States, he will face a sentence of up to 175 years for alleged computer fraud and publication of secret documents that reveal US war crimes (including torture, murder and other human rights abuses). For his lawyer, Baltasar Garzón, the pioneer of Universal Justice, much more is at stake than the freedom of an independent journalist and publisher.

As head of Assange’s legal team, Garzón warns that the growing influence of intelligence services puts freedom of information, our right to know what our governments are doing, and democracy at risk. With privileged access to Assange and Wikileaks for nine years, “Hacking Justice: Julian Assange” follows the controversial characters united against the world’s most powerful state in a standoff which is not over yet.

The documentary “Hacking Justice: Julian Assange” has been broadcast on several European television outlets and shown at Film Festivals around the world.